The Mueller Method™ of Homeopathy

How Does The Mueller Method™ Work?

There are many aspects that make The Mueller Method™ of Homeopathy so different from other, simpler methods of homeopathy. Here are a few of the highlights:

The Mueller Method™ yields excellent results in clinical practice. It is highly flexible and can be customized to each situation and practitioner’s style. There are no rules or dogmatic interpretations, only time-tested guidelines and suggestions.

Are Medications Making You
and Your Clients Sick?

First, all drugs are toxic and leave long-term adverse effects. Drug disorders are rapidly becoming the number one cause of death in America and other industrialized societies (see Gary Null, et. al.). Make no mistake about it, pharmaceutical drugs are making you sicker.

Second, most medical drugs are prescribed to control symptoms by chemically shutting down vital processes. The body is designed to heal itself. Disease is actually the outward expression of the body’s natural healing effort. Shutting it down interferes or prevents this healing effort.

Third, symptoms are not the disease! Shutting them down is like disconnecting the oil warning light in your car engine instead of repairing it! Instead of covering up your symptoms, homeopathic treatment stimulates the healing processes.

Lastly, in many cases, the conventional suppressive method causes new chronic diseases. These new “diseases” are then blamed on the patient, even though they were caused by the treatment!

IS MY CLIENT SUFFERING FROM DRUG SIDE EFFECTS?

The term “drug side effects” was coined as a clever way for the pharmaceutical companies to cover up the “true effects” of every medication. Every poison taken into the body does not limit its effects to turning off or regulating one symptom (like lowering your blood pressure, stopping your headache, or killing an infection). It will ALWAYS affect multiple systems of the body, and sometimes in catastrophic ways.

Just ask anyone who has been injured by the very effective but extremely dangerous antibiotic Ciprofloxacin (Cipro), or the chemotherapeutic agent Taxotere (Docetaxel or Docefrez), or the blood thinner Xarelto (rivaroxaban), the antipsychotic Risperdol (risperidone) or the COX-2 selective, nonsteroidal anti-inflammatory drug (NSAID) Vioxx (rofecoxib) that was eventually taken off the market. Or you’ve been taking birth control pills and you develop blood clots, or maybe you were taking a blood pressure medicine and you are diagnosed with Reynaud’s or some other circulatory disorder.

If you are taking a medication and a new disorder develops, you are likely suffering from the toxic effects of the drug. Thankfully, homeopathic clearing remedies (tautopathic remedies), as used in The Mueller Method™ of Homeopathy, are scientifically proven to reverse and permanently remove these toxic effects.

HOW HOMEOPATHY CAN HELP - TAUTOPATHIC OR "CLEARING" REMEDIES

Most people who suffer from moderate to severe chronic conditions have multiple layers of disorders often caused by previous medications, surgeries, toxic exposures, traumatic events, etc. These harmful influences are likely to cause health problems, some of which can remain hidden for years. Mueller’s research shows that by removing & then antidoting these influences, while at the same time, treating with standard homeopathic remedies, the many layers of ill health accumulated over a life-time can be resolved quickly and permanently.

The Mueller Method™ gives new hope to sufferers of countless “new” modern conditions – many that have no cure, and many which often cannot even be palliated with conventional drugs or therapies.

What are some of the common sources of toxic heavy metals that we might be exposed to? Mercury amalgam fillings (those silver ones), vaccines, fish and seafood, living near industrial waste zones or near industrial plants, air pollution, cooking pots & pans (aluminum), working in or going to a dental office, fluorescent light bulbs (contain mercury), occupational exposures and so many others.

In addition to inherited conditions and those resulting from vaccines, drugs and other medical treatment, The Mueller Method™ confronts a vastly neglected and often overlooked cause of disease: chronic heavy metal intoxication. And mercury is one of the most insidious and most prevalent causes of chronic illnesses we currently know of.  Building on the work of other experts, including Drs. Hal Huggins, Sam Ziff and Dietrich Klinghardt, the Karolinska Institute, Andrew Hall Cutler, Phd, and many others, The Mueller Method™ has developed a safe and effective protocol for removal of dental amalgam fillings, along with a gentle method of oral chelation for the detoxification of mercury and other heavy metals.

The expertise of practitioners of The Mueller Method™ of homeopathy in heavy metal detoxification in conjunction with homeopathic treatment often succeeds in resolving chronic problems associated with a heavy metal burden such as autism, Alzheimer’s, Parkinson’s, MS, ALS, MCS, CFS, chronic infections, aches and pains, memory issues, neurological conditions, etc, even when other methods have failed. The Mueller Method™ gives it’s practitioners the tools & special techniques to antidote and buffer the adverse effects of standard chelation protocols.

90% of today’s patients have what we call the cancer diathesis, or predisposition to cancer. This should come as no surprise to you when you look at the following statistics:

Why should this be mentioned? Because homeopaths have an edge over cancer – we can see it coming years, decades and sometimes generations ahead of time. That makes the cancer diathesis THE MOST IMPORTANT clinical manifestation of our time.

HISTORY AND DEVELOPMENT OF THE MUELLER METHOD™

During the first few years of his homeopathic practice, Mr. Mueller observed certain problems with the commonly practiced “one dose of a high centesimal potency remedy / wait-and-watch-method” of Kentian homeopathy – a method of homeopathy that is still widespread in the US, Canada, UK, India and Australia.

Mueller set off to find answers, consulting the Organon of Medicine, 6th Edition (The seminal work on the foundations of healing by Samuel Hahnemann, the founder of homeopathy), reading Hahnemann’s case notes (available only in German or French and never translated to English) dialoging with expert homeopaths, and even traveling to Germany, where Hahnemann (and Mr. Mueller!) was from, to find answers.

One of the important things Mueller found was that the full guidelines & later research of Hahnemann’s final version of his Organon had never been fully adopted into Anglican homeopathy! Mueller took his new knowledge and began experimenting with daily dosing of homeopathic remedies (hence he the use of the phrase “a steady drop hollows the stone!”), Q (or LM) potencies, using homeopathic antidotes, and alternating daily remedies. After much investigation, experimentation, refinements and later additions, Mueller began shaping his method into what is now called The Mueller Method™ of Homeopathy.

Articles & Webinars on The Mueller Method™ of Homeopathy

Treated By & Using The Mueller Method of Homeopathy in Practice

I was introduced to homeopathy in 2005 by attending... 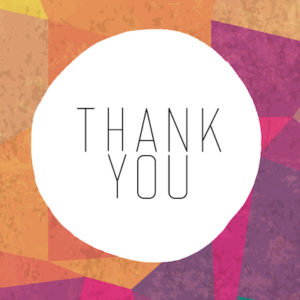 “I just attended a tutorial on “The Cancer Diathesis”... 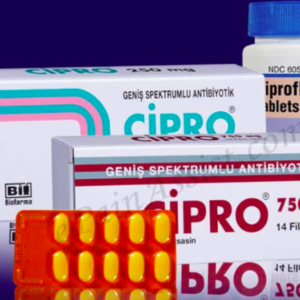 SUFFERING FROM CIPRO SIDE EFFECTS FOR NEARLY A DECADE... 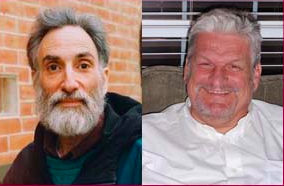 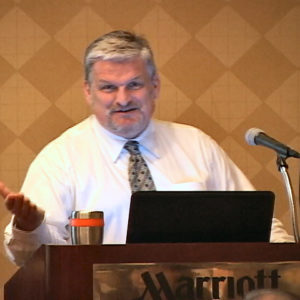 The evidence shows that patients, not physicians, are the... 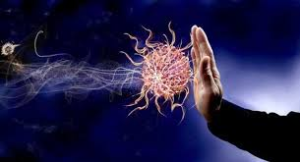 I have received numerous calls over the past few... 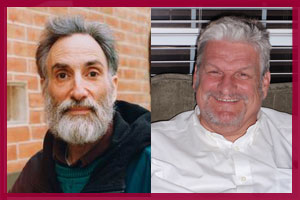 Manfred Mueller: The Making of a Homeopath (a biography) 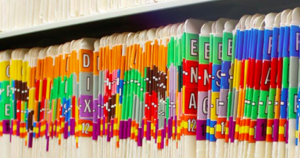 This is an edited and augmented excerpt from one...

The Mueller Method™: Digging Deeper Into Your Homeopathic Toolbox

The world has accelerated since the simple horse-and-buggy days...

Thank you for doing the Mueller Method tutorial. It... 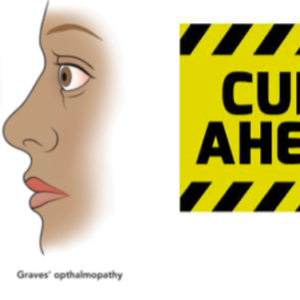 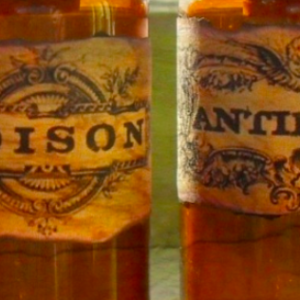 In a previous paper we have shown that tautopathic... 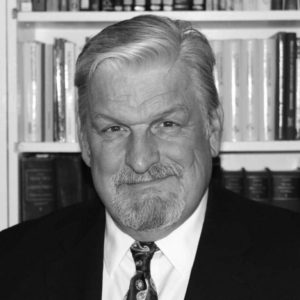 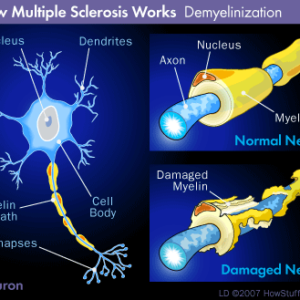 Homeopathy: a “new” treatment for Multiple Sclerosis? Keywords: The...

We are pleased to announce a few publications authored... 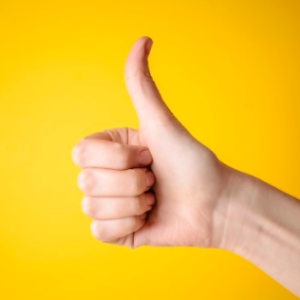 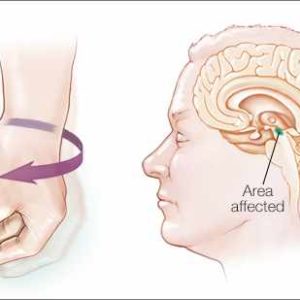 A Case of Parkinson’s Disease Cured with Homeopathy 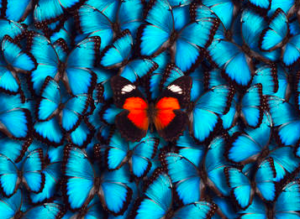 I think the approach you take is unique

“I think the approach you take is unique- removing... 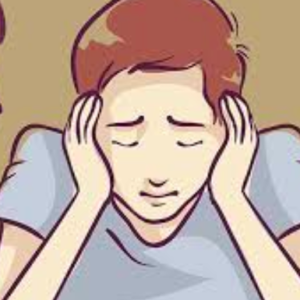 My ex-boyfriend was a big pot smoker. Marijuana was...

The Mueller Method™ – Digging Deeper into Your Homeopathic Toolbox

A free webinar hosted by Will Taylor, MD and... 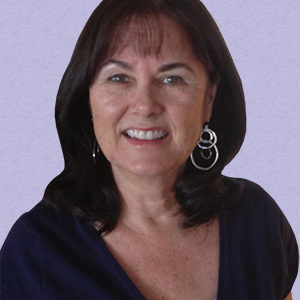 Interview with Homeopath Pamela Swanson on using “The Mueller Method”

Please enjoy this interview on Pamela’s experience and observations...

Learn how Homeopathy can help improve brain health and... 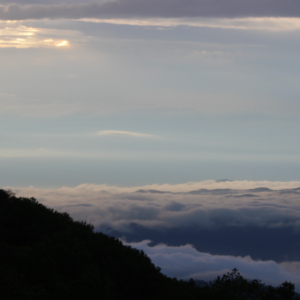 SAVE THE DATE! The Mueller’s First LIVE, IN PERSON...