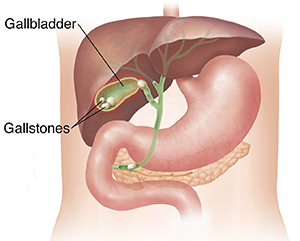 Homeopathy is a wonderfully powerful system of medicine. It’s successes never fail to amaze and challenge me. And this case was a bit of challenge. It is one of those cases that shows you just how important those little symptoms and clues are for the observer to be able to report to the homeopath. In fact, it wasn’t until I was presented with just such a symptom that I was able to find the remedy that cured this man’s gallstone colics. Please read on…

Chuck, 48, a busy psychotherapist, had sudden excruciating pain in his right upper abdomen. There had been a family history of gallbladder disease. Three or four homeopathic remedies were tried with no effect. One of them even aggravated the pain every time he took it during the attack. He had appalling pain, causing him to writhe on the floor and lasting four hours. He lost eighteen pounds in two months.

Ultrasound showed multiple small gallstones in his gallbladder, and signs of inflammation. The gastroenterologist recommended laparoscopic surgery. However Chuck did not like the idea of having his gall bladder removed.

“Can I wait till they all pass?” he had asked the doctor.

The doctor had responded dryly, “Sure, if you wish to be in pain for the next ten years.”

Chuck was used to pain. But he had never experienced this level of it.  Yet he was of the belief that removing an organ should be a last resort. In spite of his pain, he insisted on continuing to try homeopathic treatment.

A “big gallbladder flush” and “daily small flushes” (significant quantities of grapefruit juice and olive oil) had no effect. By then, he had lost another twenty pounds and his friends began to fear the worst.

One weekend he had an attack while at the beach that caused vomiting and lasted nearly ten hours. He was on the verge of being hospitalized. Sometime later he revealed he had considerable frustration at his work, much suppressed anger, but Staphysagria did not improve. Two to three more remedies were tried to no avail.

Another time, Natrum muriaticum, followed within one half hour with Hepar sulfuris calcareum caused a synergistic effect. Deep-seated emotions regarding his work as a therapist came to the forefront, causing him to sob for a half hour. Afterwards, he was calm and relaxed and felt he had a new lease on life. However, this undoubtedly valuable healing experience failed to prevent the next gallstone colic. By now, he had at least one attack a day, usually in the morning, but sometimes even a second one in the evening.

One day, during a follow-up consultation, I asked him to once again describe the nature of his pain. There was a peculiar feature of his discomfort before the colics started he had somehow never mentioned. He described a sensation in his liver region as if a small object the size of a pea slipped from right to left. Carduus marianus had this symptom. He took Carduus marianus once daily in a Q-potency, and every ten minutes during the attack. He found the dose during the attack would improve the pain instantly and completely the stop the colic after two or three doses.

Within two weeks of taking Carduus marianus daily, Chuck noticed his attacks reduced in frequency. On a trip to Europe he had an attack while on the plane which responded quickly to a few doses of Carduus. He had another mild attack while in Europe that lasted only minutes after taking a dose of Carduus. He felt a sensation as if he would develop gallstone colic on the return trip, but after a dose of Carduus, and it never developed into a full-scale attack. He had one last brief colic, again relieved by Carduus, on the day of his return. With this last attack his gallstone colics stopped completely. This was July 1st, 2000. Six months later there had not been a single attack. Since he was curious if the stones were really gone, he decided to have another sonogram. The utrasound was conducted on January 29th, 2001.

The physician performing the sonogram said, “There are no gallstones. But I can see clearly that there is considerable scar tissue, indicating you could have had gallstones over a long time but passed them.” She seemed skeptical at first when he told her about the colics. When she heard he managed entirely without painkillers she commented admiringly, “You must be a tough S.O.B.”

That was eight years ago. Chuck continued to take Lycopodium in Q-potencies for another two years. He has not had another gallstone colic since. And he kept his gallbladder!

Note: If you are interested in homeopathic treatment or would like to discuss your health condition(s) with Mr. Mueller, please contact him through his Practice by visiting www.HomeopathicAssociates.com

A Homeopathic Journey to the Healing Springs of Ashe County, North Carolina 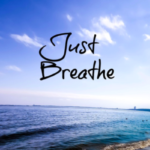