I am posting this response to your December 24 blog post (addressed to me) here on my blog, as I have doubts as to whether or not you will publish my response on your own blog…

We here at Homeopathic Associates and The Homeopathic College would like to thank you for your open ‘Christmas card’ and your wishes for a Happy New Year, as well as for the publicity it provided us. We have been followers of your opinions for many years now and are delighted at the opportunity to engage in a dialogue.

I find it interesting that you are puzzled by receiving our Christmas greeting, as you yourself followed us on Twitter just a few months ago. Here’s a screenshot to jog your memory:

Or may I suggest that homeopathic treatment may assist you if you find yourself with further symptoms of early onset dementia; Alzheimer’s, etc.?.

Also, many thanks to your commenter who pointed out a mistake in my paper (“decades” instead of “centuries”). I truly loved his sense of humor. I have made the correction in my paper.

Your tongue-in-cheek Christmas message pleas with me to desist making my opinions public, as you fear they will shorten the lives of “desperate patients” who may “fall into [my] hands.” I must respond that I, too, am extremely concerned by the reckless endangerment of these patients, but rather at the hands of conventional doctors and the pharmaceutical industry, whom you so doggedly support. Nevertheless, I would never dare suggest that any healthcare information be suppressed, as you so flippantly did in your Christmas Eve post.

Patients Have the Right to Choose

Instead, I believe that every patient, especially those in such dire circumstance as needing cancer treatment, should have access to any and all information that may help them in making their own informed healthcare decisions. I believe that these patients are intelligent, free-thinking individuals who are able to understand and discern what is best for them. It seems that you would prefer that anything you or the mainstream medical/pharmaceutical industry and their government sell-out stooges do not agree with should be simply suppressed and made unavailable to the public. Would you be happier if your faithful readers were simply not aware of the sixty plus scientific studies that I cited in my two reviews finding efficacy of homeopathic cancer treatment? (Is Homeopathy An Effective Cancer Treatment  and The Evidence: Scientific Studies on Homeopathic Cancer Treatment)

I’ve noticed that in your past commentaries, you seem to be obsessed with the “implausibility” of ultra-diluted drugs used in homeopathy. However, you should know that the use of these high potencies account for only about 25% of homeopathic prescriptions worldwide, according to GIRI polls. The other 75% are low dilutions or undiluted drugs. You might call your attitude towards homeopathic research “throwing out the baby with the bath water.”

By the way, only the studies on ultra-diluted potencies in cancer treatment were included in my reviews, because I wanted people like you (so-called skeptics and quackbusters). The evidence clearly shows that even these ultra-diluted drugs have biological effects. Had I included published studies on homeopathic tinctures, ointments, and many other low dose drugs used in homeopathic cancer treatment, I would have found, literally, thousands of studies proving efficacy. I would have had to write a book…. And I did (see below).

Your misdirected insinuation is that I am immoral and unethical for suggesting that homeopathic cancer treatment be made available to everyone who wishes to try it. Actually, I don’t have to suggest it… Did you not read that the demand for homeopathic treatment is driven by patients themselves (Frenkel et al.)?

Besides, what is so ethical about your beloved conventional cancer treatment? Does it not kill people all the time? Does it not cause additional cancers and metastasis, not to mention, subsequent decline and death. Yes it does. Do you warn the public about that?

Instead, doctors scare them to death on what would happen to them if they refuse conventional treatment. Is that ethical? In legal circles this behavior might be construed as “abusing their power”…

I have talked to many patients who chose chemotherapy, radiation or surgery. What I find strange is that none of them were told about the serious adverse consequences these treatment could have. Instead, doctors scare them to death on what would happen to them if they refuse conventional treatment. Is that ethical? In legal circles this behavior might be construed as abusing their power by putting patients “under duress” or better yet, coercion. But I’m sure you know this.

I just love this quote by Dr. Evan S. Levine, MD from his book Cancer Doctors – the Oncologist and the Surgeon: “some of the oncologists are without a doubt the most treacherous people in the medical field.” (page 117/118)

Regarding your comments, I surely hope you are not one of the doctors Dr. George Crile talked about in the book Cancer and Common Sense, “that those responsible for giving information to the public have chosen to use fear as a weapon. They have created a new disease called cancer phobia, a contagious disease that spreads from mouth to ear.”(page 120)

Fortunately there are still some honest doctors. Are you aware that some of your colleagues have concluded that surgery, chemotherapy and radiation is not only harmful but also rather useless?

“After analyzing cancer survival statistics for several decades, ‘… patients are as well, or better off untreated.’” —Dr. Hardin Jones, professor of medicine at the University of California

“The success of most chemotherapies is appalling. There is no scientific evidence for its ability to extend in any appreciable way the lives of patients suffering from the most common organic cancer. Chemotherapy for malignancies too advanced for surgery, which accounts for 80 percent of all cancers, is a scientific wasteland…There is no evidence that the vast majority of chemotherapy cancer treatments exert any kind of positive influence as far as life expectancy or quality of life … the almost dogmatic belief in the efficiency of chemotherapy is generally based on false conclusion drawn from inaccurate data… In fact, many cancer specialists wouldn’t take chemotherapy themselves if they had cancer.” —Dr. Ulrich Abel, Stuttgart, Germany 1990

“Many medical oncologists recommend chemotherapy for virtually any tumor, with a hopefulness undiscouraged by almost invariable failure.”
— Albert Braverman, MD

“Most cancer patients in this country die of chemotherapy. Chemotherapy does not eliminate breast, colon, or lung cancers. This fact has been documented for over a decade, yet doctors still use chemotherapy for these tumors.”
— Allen Levin, MD, UCSF — The Healing of Cancer

“Chemotherapy is now being seen as analogous to Sherman’s slash-and-burn … and is already being viewed less as a cure and more as a means of gaining time. One of the shortcomings of chemotherapy, doctors recognize, is that it actually weakens the body’s own efforts to fight the disease,” according to Dr. Edmundo Muniz, MD, PhD, a former cancer researcher and now President of Tigris Pharmaceuticals (Dr Muniz was the former vice president of Eli Lilly Research Laboratories Global Oncology program, where he helped create numerous cancer drugs, seven of which have been approved by the FDA).

“As for chemotherapy, it is, by definition a poison. Chemotherapy first kills the cells that reproduce rapidly – that is to say, cancer cells, but it also kills intestinal and immune cells. All the more so because there was no guarantee of success, given the unfortunate tendency of brain tumors to rapidly become resistant to chemotherapy… One of the great mysteries of chemotherapy is that sometimes you can make tumors melt away and have very little effect on survival time.” — Dr. David Servan-Schreiber, MD, PhD, a Clinical Professor of Psychiatry and Neuroscientist at the University of Pittsburgh School of Medicine (himself a brain cancer survivor for 15 years, using alternative methods).

Dr. Heine H. Hansen, lung cancer specialist of the Finsen Institute in Copenhagen surveyed 118 doctors, many of them cancer specialists and was shocked that oncologists recommend to most patients experimental chemotherapy that experts in the field would not accept for themselves. The vast majority of doctors considered most of the treatment options with more than two to six drugs to be unacceptable option if they themselves were to take part in the clinical trials.

And what about the very recent study published in Lancet Oncology in August 2016 that found 50% of patients die from chemotherapy treatment rather than from their cancer? What happened to the Hippocratic oath you doctors take, “first, do no harm”?

Are patient being told about these facts? No, of course not, and doctors continue to brow-beat (coerce) patients into the same old three dangerous and harmful methods—surgery, chemotherapy and radiation. Why doesn’t this bother you? Patients have the right to hear the full facts before embarking on a course of permanent mutilation, physical & chemical castration and/or deadly poisoning and radiation. But you complain about homeopathic treatment, almost universally considered safe. At least homeopathic treatment does not kill anyone!

By the way, the studies in my review found that patients actually feel better throughout their treatment while using homeopathy. And often tumors recede under homeopathic treatment alone, and patients go on to recover completely (Pathak 2006, Preethi 2007, Frenkel 2010, etc.).

My heart is touched by your magnanimous decision not to go into the “embarrassing details” of my review, due to the holidays being “the season of Joy and Love” (though I must confess, I find this to be a bit of a weak excuse, even for you). Let’s face it, you just don’t want your readers to learn about the many safe and effective drugs homeopathic medicine has to treat cancer. I guess we know for sure who “butters your bread”.

BTW, thank you for reminding me, its 2017. I will, this New Year, give you another opportunity to show your readers the amazing results of homeopathic “placebos” in cancer treatment. I am publishing my book Homeopathic Cancer Drugs this year – the result of several years’ careful research on this safe and effective treatment. I found more than 600 homeopathic drugs that have been used in homeopathic cancer treatment over the past two centuries, and all of them are still in use today.

In addition, it has been 5 years since my last homeopathic cancer treatment review, so it is time to publish yet a third review. I found more than 60 new studies since 2012 on homeopathic drugs used in cancer treatment – most of them with positive outcomes… This review will be published this year in the American Homeopath, vol 23. I sincerely hope you do not find it ethical and moral to suggest that this information be kept from patients as well.

Next year, instead of spending your Christmas Eve in an attempt to keep pertinent healthcare information from dying patients, I cordially invite you to spend the holiday reading about why some of your colleagues opt for homeopathic treatment for themselves and for their patients.

Racketeering in Medicine: The Campaign to Marginalize Natural Therapies 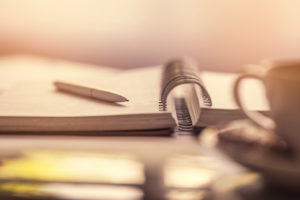 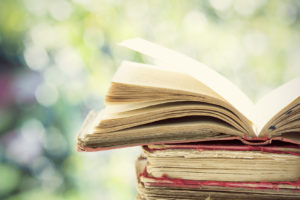 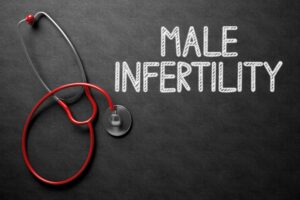